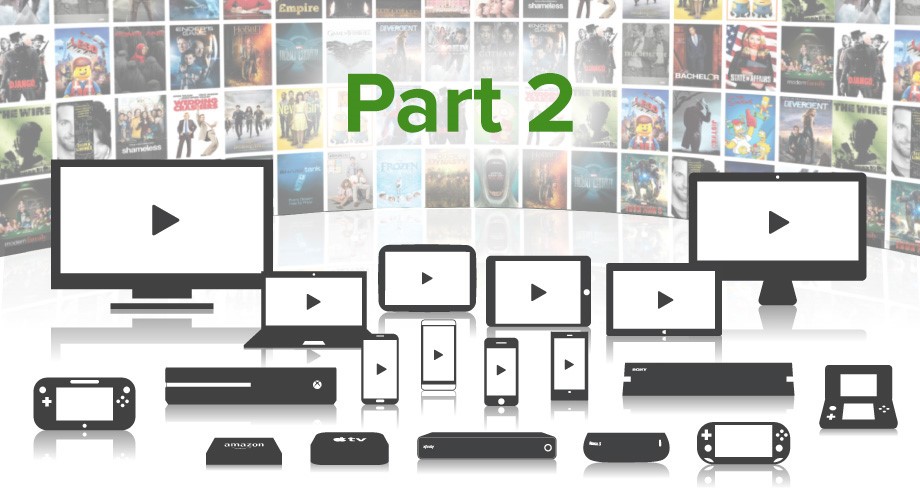 Generating revenue is a must for any successful business, and a pay TV business is no exception. In recent years, new technologies have not only spurred changing TV viewing habits – delaying consumption is a big one – they have also provided media companies with new ways to optimize monetization.

Although live broadcasting continues to be an essential part of the overall TV experience, recent research shows that there is a growing trend to delay viewing for up to seven days after a broadcast initially takes place.[1] Unfortunately, monetizing this ‘time-shifted’ viewing with advertising requires a few compromises for media companies.

Nielsen, the primary way to measure a broadcast’s audience size in the U.S. and Canada, only factors in views during the first three days (C3) in the U.S. and seven days (C7) in Canada after a broadcast originally airs when determining a show’s success. In order to get Nielsen ratings for each eligible day, the delayed viewing needs to include the broadcast’s original ad-load and ID3 tags with Nielsen watermarks to track viewing activity. In order to monetize the days beyond Nielsen’s three/seven-day window, media companies have to replace the original ad load of the broadcast with dynamic advertising. Since the original broadcast ad structure is not used, a program does not get Nielsen ratings.

That said, measuring the success of a program and its advertising via Nielsen will soon take a step forward. In the fall of 2014, Nielsen and Adobe jointly announced the impending arrival of “Digital Content Ratings (DCR)” in 2015. Once it officially launches,DCR will be the industry’s first cross-platform system for measuring online TV viewing, in addition to other types of content, and will ultimately deliver analytics and currency-grade content metrics to help media companies make smarter advertising decisions.[2]

For views beyond the C3/C7 window, the technology to optimize advertising has already arrived. Through dynamic ad insertion (DAI) and a strong campaign management system, media companies can better target and track the effectiveness of advertising for delayed views in 2015. With DAI, ads are dynamically inserted into a Video-on-Demand (VoD), program, live event or linear channel at segment break. Using a Customer Relationship Management (CRM) may further enhance the advertising’s effectiveness. A media company can better analyze the demographics behind content consumption and choose targeted ads that are more likely to resonate with viewers. For example, a stay-at-home mom decided to watch an episode of CBS’ “The Young and the Restless” (daytime’s #1 drama) from last season via VoD at 10:34 am, Tuesday morning. While watching, the pay TV provider used DAI to show her baby care, cleaning, and cosmetics commercials, rather than say, auto care, gaming, and fast food commercials.

Read our white paper called “This is TV” to learn about the other key technologies needed to deliver today’s TV.

READY TO LEARN MORE? CHECK OUT THE CONTENT LINKED BELOW.

Partners for advertising on every screen, everywhere

The story of advertising in today’s world is a tale of incomprehensible and increasing complexity. We can look back with nostalgia at the time when ad spots were all the same size, the same length, the same broadcast format; but in today’s world...
Advertisers