SEATTLE – In today’s market, pay TV operators have little recourse when collecting all of the source videos and files necessary to support their channel packages, video-on-demand (VOD), and other video offerings. Existing options are complex and inefficient due to the siloed nature of legacy ingest systems. Today, thePlatform, the leading white-label video publishing company and independent subsidiary of Comcast, announced the availability of a dedicated, cloud-based Unified Ingest Service to centrally manage all of the video and related metadata files that operators want to publish to subscribers’ set-top boxes (STBs) and other IP-connected devices.

Historically, operators rely on disparate ingest systems for live broadcast video, VOD, IP video, and the associated metadata for shows and movies – making the entire process unnecessarily difficult, timely and costly. For example, copies of the same show or movie are often unnecessarily duplicated and processed. Richer descriptions of a particular show, which exist online to improve search engine optimization (SEO), do not make their way back into the traditional TV user interface (UI), guide data, or VOD descriptions, perpetuating a subpar search and discovery experience in the living room.

“Pay TV providers want to increase efficiency, reduce costs, and set themselves up to deliver a richer TV experience to subscribers – which means getting things right from the start,” said Marty Roberts, co-CEO of thePlatform. “Right now, the act of collecting video and metadata is a real mess. We’ve invested in our Unified Ingest System to help operators tackle this issue and create a new foundation for innovation. In fact, we already provide this kind of functionality to support more than 20 million pay TV subscribers across STBs and other devices. So, we decided to productize it, and make it generally available to the broader cable, telco, and satellite TV provider community, starting today.”

The Unified Ingest Service enables pay TV providers to migrate easily to a secure, cloud-based system to centralize their own video and metadata intake efforts. Operators can use thePlatform’s advanced workflows in their transcoding farms and tailor uploads, use existing feeds to ingest video and metadata, set up Watch Folders to monitor ingested files automatically, and onboard massive video libraries quickly and easily. The Unified Ingest Service encompasses ingest of both video files and metadata.

Video file ingest provides greater simplicity for dealing with content providers and the versatility to shift more towards IP-delivery in the future. Specifically, it:

Metadata ingest centralizes and normalizes metadata from multiple sources. Specifically, these include:

As many of these sources have their own unique IDs, the Unified Ingest Service supports multiple reference IDs, as well as file matching upon ingest. Since many of these metadata sources provide substantially large files, ingest adapters have been designed to parse these files efficiently. For both video files and metadata, the Unified Ingest Service also monitors and validates the ingest process and data fields in order to flag errors before content is passed into operators’ delivery systems.

. The report outlines that online video has gone from an ancillary strategy to a critical growth opportunity, and noted that “thePlatform has the most support for pay-TV operators and TV programming networks.”

thePlatform® is the TV industry’s leading video management and publishing company. Companies rely on thePlatform as their cloud-based, central hub for managing, monetizing, and distributing shows, movies, and other videos across any screen around the globe. Customers include: the majority of the top 50 most-watched cable programming networks, including USA Network, History Channel, A+E, E!, Syfy, Travel Channel Media, and others; top broadcasters’ properties from CBS, FOX, NBCUniversal, CBC, Bell Media, Shaw Media, and others; the largest pay TV providers in the world, including Liberty Global, Comcast, Time Warner Cable, Cablevision, Cox, Rogers, BT, Telstra, and others; and OTT subscription services such as shomi, Stan, Viaplay, and others. Founded in 2001, thePlatform is an independent subsidiary of Comcast based in Seattle, with offices in New York, Washington DC, Toronto, London, and Sydney. For more information: www.thePlatform.com. 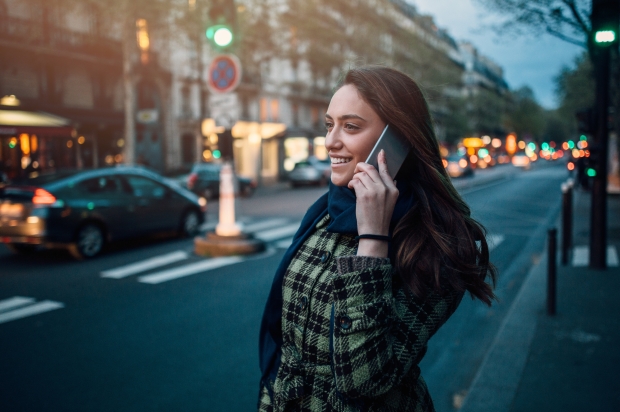